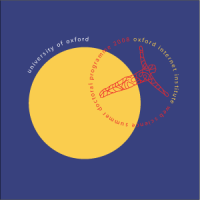 The first time I encountered the word web science was when I came to know about the then-upcoming OII Summer Doctoral Programme (SDP) 2008 early this year. My first impression was it was something curiously-yet-intellectually stimulating.

Why ‘web’ science? That was among my first questions. All this while my research intersects with issues of the Internet in the society. We have talked quite extensively on how the Internet affects society and how a social reaction in turn shapes the trend and the future of the Internet itself. Then comes the term ‘web’ science. At least from the SDP I knew I was not alone to think that ‘web-science’ may connote a science about the physical infrastructure of the web, per se. This is because the term web for me is too technical to stimulate any discussions on social or humanity issues. But the word ‘Internet’ –being more popular– is not; we’ve heard about the ‘Internet society’, ‘Internet law’, or ‘Internet generation’. This is still very narrow compared to a more generic term of ‘information society’, for example. The word ‘web science’ itself is therefore, to many quering minds, still an area of debate by itself.

The web science itself, to me, is more felt than understood. It’s some thing you can’t exactly describe (perhaps for now, at least) but you know that you want it. Though shrouded in such uncertainty, I am nevertheless strongly sharing the idea here, that the development of the web (or the Internet) technology is very much inter-dependent with other ‘things’ happening outside the walls of the lab. Issues like public policy, law, social, economic, political and even philosophical notions do influence the technology, And this is the idea that forms the basis of my Phd research, too. My research is on the legal framework of information security for the purpose of protecting information assets. To achieve this, I had to investigate questions surrounding the information assets, information technologies (mainly the Internet) and the concept of information security including concepts of threats, incidents and risks. The ultimate goal is on what role the law can play to help information assets secured and protected.

In that sense, the exposure I got on the web science and its related topics reinforce the ground on which I stand in undertaking my PhD thesis. It reinforces my research by finding that the development of web technologies is a journey rather than destiny. In order to facilitate this journey, law has to relax itself, and the lawyers in turn have to understand where it may go or end. The law has to come along with such journey. And therefore, nothing is fixed. We lawyers and legal scientists have to prepare ourselves for a continuing reform. Simply, because the same society that the law intends to serve does reform itself with the technology.

The web science discussions also reinforces my theses by showing how law can easily disorient itself in understanding this technology. We have enough lessons from the past that the biggest failure of law when dealing with a technological invention was that it was only designed or drafted to address specific architecture or tools. The lesson is clear: the law needs to be more agile and flexible.

This point takes me to the next one. I’ve learned as a legal (turns-web?) scientist here that lawyers and policy-makers need to be involved in the making of the web and the web science. With the rapid advancement of the technology, it is just timely to reform the functions of law: from a reactive instrument to a rather reformist one. Because the legal issues are so imminent, from access to copyright, from freedom of expression to privacy and from civil product liability to criminal offences. We just do not want a future of the web defined with more legal disputes even as to what constitutes legal and illegal.

In the foundation of the web science, therefore, law should not be put too marginal as an issue. This is the impression I got from the discussions on web science. Other than having lawyers to defend against future legal disputes, they too can play more important role in preparing more comprehensive legal and regulatory frameworks to facilitate the making of the web, and not only to focus on individual issues such as copyright and privacy. This obviously requires further efforts from all of us. And this is where lawyers or legal scientist can help in making the web science more sensible. And on top of that, the efforts of making a web science should always keep in mind public-private partnership as well as international cooperation, both on government and private levels.

At last, I must say that I admire the opportunity to be part of the OII SDP 2008. Not only I have gained first-hand experience and knowledge from the people so influential in the development of the web, but also I learned a lot from mixing around -both intellectually and socially- with friends from various disciplines, thus with different perspectives, reading materials and terminologies. That in many occasions left me struggle to cope with during talks, but I know that is just what web-science, and life in general, is: a struggle for an existence. I wish all the web-scientists all the best in the future undertakings.

Comment by Prof Jonathan Zittrain (one of the SDP 2008 tutors):

“Thanks for a thoughtful essay. I find myself going back and forth on whether lawyers and policymakers ought to be more involved in designing and revising foundational technologies like the Web. On the one hand, these technologies have huge social impacts – which can vary according to the design. On the other hand, the self-conscious mapping out of various options and implications can denude the technology of its whimsy and fun – and its disruptive potential. I’d be interested in your view.” …JZ

(This essay can also be found in the SDP ’08 Wiki)