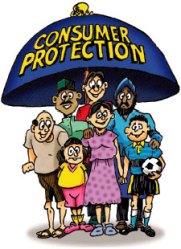 Initiated by the Communications and Multimedia Consumer forum of Malaysia (CfM), this national workshop took place on Thursday, 6th May 2010 at the MCMC Headquarter, Cyberjaya, Selangor, Malaysia. Participants came from various quarters such as universities, industries as well as government agencies. The main agenda was to review the provisions of General Consumer Code and to come up with recommendations to improve them.

Before the participantsgo to smaller group discussions, the floor heard presentation from some representatives of the Consumer Forum as well as the Government. Among others, En. Maz Malek (from the Ministry of Information, Communications and Culture) strongly emphasised that consumers interest is government interest, and is a national interest. In order to reflect this seriousness, the Government urges that consumer complaints would have to be entertained and settled in 72 hours (3 days). He also stressed about the newly-passed Personal Data Protection Act that would reform the legal landscape of consumer protection in Malaysia.

Mr. Abdul Rosyid from the Ministry of Domestic Trade, Cooperatives and Consumerism Affairs informed the workshop participants that Direct Selling Act and Consumer Protection Act have been emended to include electronically-effected transactions under their protection. Nevertheless, there are still lots of pressing issues going on in the public that are not entirely settled. He mentioned among others the issue of misuse of personal data and incidents of unknown parties sending sms-es asking people to provide their personal data under the pretext of awarding presents or bonuses, etc. This is simply phishing/smishing issues in which personal data and identities are stolen.

Identity breach/theft and phishing is not exclusively Malaysian issue, just look at these stats that I compiled:

Looking at these figures, there is no doubt that the issue of identity theft could and would dominate the issues of consumer protection especially that in telecommunications and multimedia industry.